Tom Lawless is a results oriented and experienced leader who possesses excellent strategic and tactical skills and has aggressively created value, implemented change, and improved safety, quality, cost, and delivery for many corporations and military units over the past 25 years. Tom is a Master Black Belt in Lean Six Sigma and has a passion for training, process improvement, and change management. Tom is also an adjunct professor at Nebraska Methodist College.

Tom Lawless has a strong military background, originally enlisting in as Navy Seabee and working his way to Officer Candidate School for the Army, where he became an officer. He earned his way through the ranks with a reputation for being a “soldier’s soldier” and retired as a Major after more than 25 years of service. As the Logistics Operation Officer during Operation Iraqi Freedom, Tom was awarded the Army Bronze Star for service and heroism as well as the Combat Action Badge. 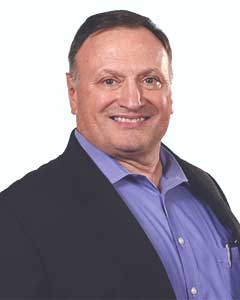